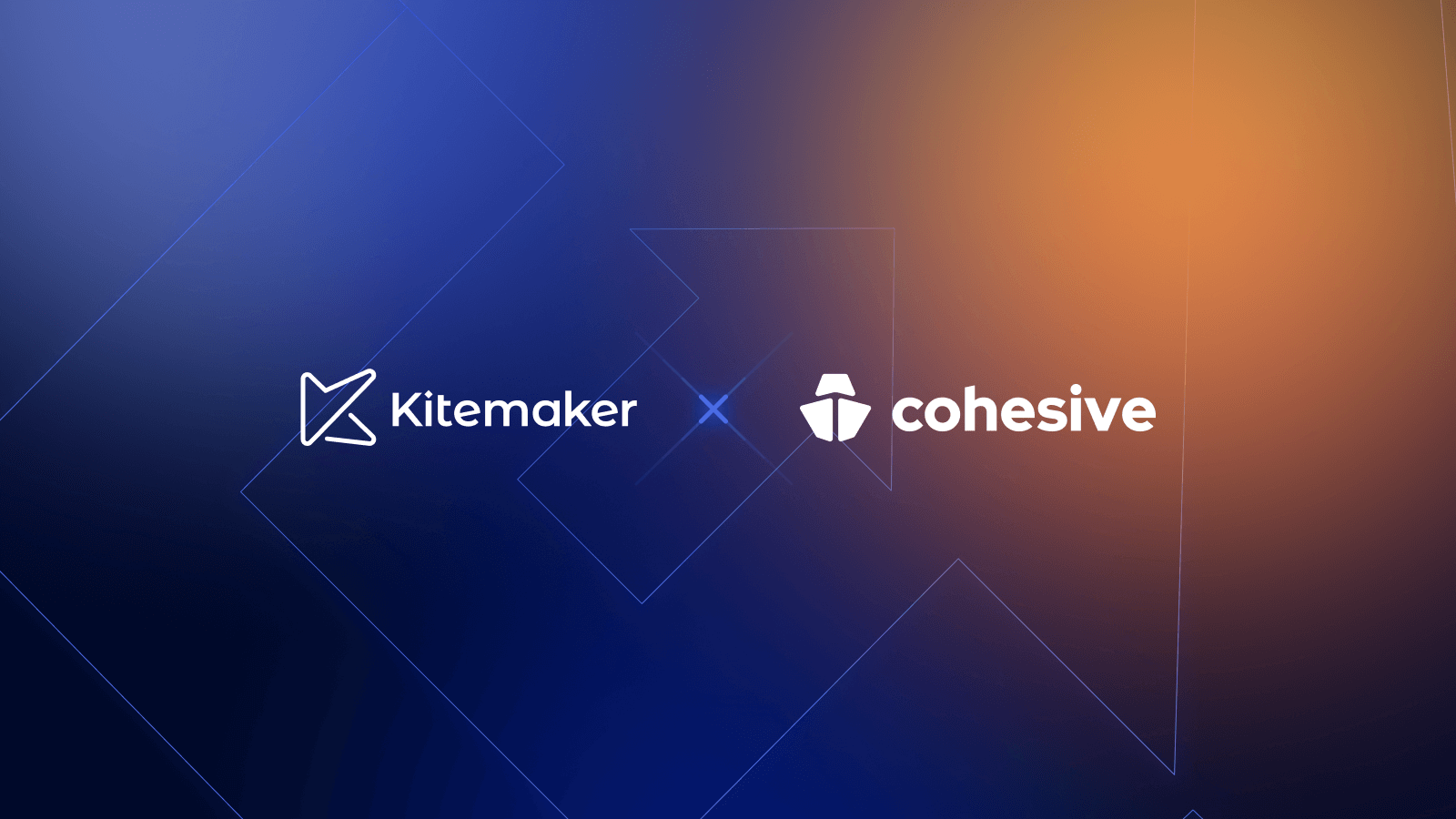 Kitemaker is a collaboration tool built for designers, engineers, and product managers in remote software development teams. Featured in the “Top Developer Tools of 2021” by Stackshare, Kitemaker performs a balancing act between allowing each role to use the best tools for their trade and consolidating the collaboration in one tool. When teams use Kitemaker to reduce this collaboration, it’s a game-changer. It is based on best practices replacing issue trackers and project management tools. All of the fantastic features and functionalities come to life with the help of the amazing developers running the show, led by the CTO, Kevin Simons. Kitemaker's engineers regularly iterate on features to deliver the best experience for their users. Cohesive helps the Kitemaker team collaborate more seamlessly and iterate features faster.

The Impact: Hear from our customers!
‍

Kitemaker’s engineering team has continuously strived to iterate on features faster. One of the critical bottlenecks in their process was that non-technical team member (PM, designers) were not able to quickly test the things developers are coding on. Which meant collaboration between teams was significantly disrupted, eventually affecting the speed at which the team is iterating features.
‍

“Our basic problem was that we want to be fast at iterating on features in Kitemaker. Our PM could run things locally on his machine with mixed success, but our designers were not really in a position to do so.” -Kevin Simons, CTO, Kitemaker

For the Kitemaker team, Cohesive being a no-code tool, offered a faster, effective and efficient way for the internal teams to collaborate better while testing features. With Cohesive, the Kitemaker team has optimised their workflow: As soon as developers open a pull request in Github, an environment is automatically created in Cohesive, allowing developers to share the link to this environment within their team for everyone to be able to test the feature. This allows Kitemaker engineers to collect critical feedback faster from everyone, thus enabling faster iterations. Once the feature gets the green light, the PR is merged, automatically killing the environment.

“We reached out to Cohesive to try and solve this problem for us. Now we get much faster feedback from product and design, which allows engineers to get unblocked and allows us to iterate faster.” - Kevin Simons, CTO, Kitemaker

For the Kitemaker team, using Cohesive has improved the collaboration between internal teams, thus allowing better testing and feedback loops. From a process standpoint, the team could streamline their testing and enable developers to stay productive, efficient, and focused on development.

All of these improvements have seen faster time to iterations which, in turn, has led to an optimal experience for the Kitemaker users. Going forward, the Kitemaker team plans to explore more features and use cases of the Cohesive platform and continue to scale their excellent product.

If you want to get your hands on Cohesive and think it will benefit your organisation, sign up for our early access.

On Demand Environments
Cohesive
/
Get started - it's freeSchedule a demo